This Is The Best Morning Ritual! 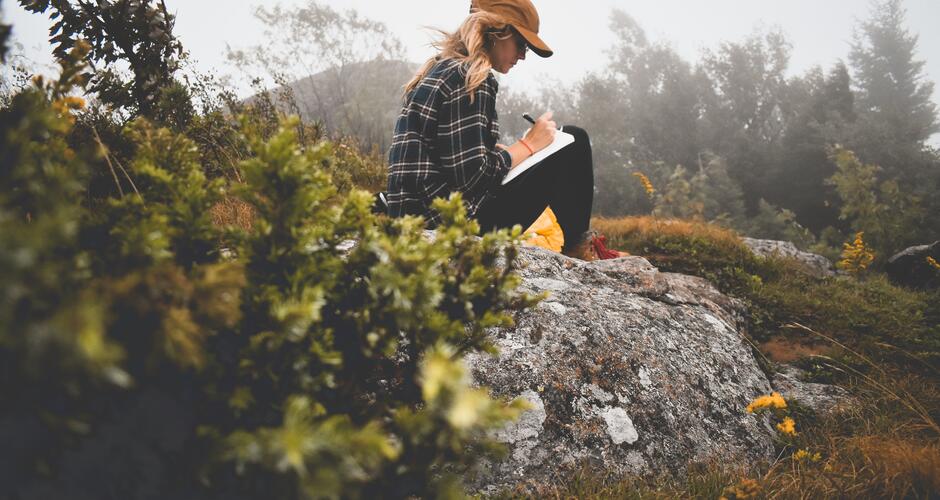 Share this page
A morning ritual sure sounds nice (if it didn’t, you wouldn’t be reading this) but what’s the point of one? What’s it even supposed to accomplish?

No, you don’t have to eat kale or mechanistically begin planning your day according to some odd formula. You’re human. The first thing you need to do is get your head on straight. Get your feelings sorted. Your mood. Research shows your mood in the morning affects your productivity all day:

Researchers found that employees’ moods when they clocked in tended to affect how they felt the rest of the day. Early mood was linked to their perceptions of customers and to how they reacted to customers’ moods. And most important to managers, employee mood had a clear impact on performance, including both how much work employees did and how well they did it. Seriously, your mood is numero uno. Think you can ignore your feelings or fight them? Think again, Spock.

From The Antidote: Happiness for People Who Can’t Stand Positive Thinking:
…when experimental subjects are told of an unhappy event, but then instructed to try not to feel sad about it, they end up feeling worse than people who are informed of the event but given no instructions about how to feel. In another study, when patients who were suffering from panic disorders listened to relaxation tapes, their hearts beat faster than patients who listened to audiobooks with no explicitly ‘relaxing’ content. Bereaved people who make the most effort to avoid feeling grief, research suggests, take the longest to recover from their loss.

In fact, one of the biggest reasons you procrastinate is because of negative feelings.

From Temptation: Finding Self-Control in an Age of Excess:
...far and away the most procrastination occurred among the bad-mood students who believed their mood could be changed and who had access to fun distractions. This group spent nearly 14 of their 15 minutes of prep time goofing off!

Why these three? What do they do? How do you turn these three nouns into a Tyrannosaur of a morning ritual that will make the Earth tremble at your approach?

1) Feel A Sense Of Purpose
Do you know what’s great first thing in the morning? To feel you’re on a mission. You have a destiny. Your life has meaning. You’re beginning an epic quest, Frodo. And as a motivation master and bestselling author Dan Pink explains, feeling a sense of purpose is one of the most motivating things in the known universe. Here’s Dan: Purpose is, "Am I doing something in service of a cause larger than myself, or, at the very least, am I making a contribution in my own world?" And feeling your life has purpose and meaning not only makes you feel alive, it also keeps you alive.

Researchers at Tohoku University in Japan did a 7 year study of over 43,000 adults age 40 to 79 asking if they had ikigai (a Japanese term for meaning in life) and then tracked their health. People with ikigai were much more likely to be alive 7 years later.

Via Pursuing the Good Life: 100 Reflections on Positive Psychology:
Even when likely confounds were taken into account, ikigai predicted who was still alive after 7 years. Said another way, 95% of respondents who reported a sense of meaning in their lives were alive 7 years after the initial survey versus about 83% of those who reported no sense of meaning in their lives.

Feeling motivated and living longer isn’t enough for you? Seriously? Okay, how about this? It’ll make you sexy: Study 2 also found an interaction between physical attractiveness and meaning in life, with more meaning in life contributing to greater interpersonal appeal for those of low and average physical attractiveness. So how do you find purpose without getting a new job working for a charity? Duke professor Dan Ariely suggests “reframing your experience.” You might not be able to change what you have to do but you can change how you see it. And when you look at it through the lens of how it can help others, you’ll often find more motivation.

From Payoff: The Hidden Logic That Shapes Our Motivations:
...if we are feeling bored and unmotivated, we can ask ourselves: “How is the work I’m doing helping someone down the road? What meaning can I find here?” With this type of mindset, chances are that we will be able to find a positive answer. The work won’t change. Your perspective can. You’re not “filling out boring paperwork.” You’re “helping people get the insurance that could save their lives.” Focus on how you already help others.

Okay, you’re filled with purpose. But “it’s the thought that counts” only applies to gifts. How do you get yourself in the mood to do something about it?

2) Feel In Control
Feeling out of control gets celebrated in pop songs but doesn’t fare as well in performance reviews or happiness research. (College is over. Sorry.) You want to be happy? Feeling in control is key.

From The Simple Secrets for Becoming Healthy, Wealthy, and Wise:
People with a sense of control in their lives, in both career and relationship, were 66 percent more likely to report feeling happy and satisfied. It has this other wonderful side effect I like to call “not dying”: Limited perceived control over life circumstances is associated with an increased risk of CVD mortality, independently of classical cardiovascular risk factors, and particularly among those at apparently low risk. It helps you get stuff accomplished too.

Research comparing students of similar ability found that the feature that distinguishes those who maintain a strong work ethic in their studies from those who give up is a sense of control. Those who expressed a sense of control received significantly higher grades than those who do not. Okay, you get it. Feeling in control in the morning beats eating your Wheaties. But how do you do it? Set goals for the day ahead. Having concrete goals was correlated with huge increases in confidence and feelings of control.

From The 100 Simple Secrets of Successful People:
People who construct their goals in concrete terms are 50 percent more likely to feel confident they will attain their goals and 32 percent more likely to feel in control of their lives. And this isn’t some random connection; it’s working at the neuroscience level. Your brain chills out when you make decisions and set goals. Start the day calm, not crazed.

From The Upward Spiral:
Making decisions includes creating intentions and setting goals — all three are part of the same neural circuitry and engage the prefrontal cortex in a positive way, reducing worry and anxiety. Making decisions also helps overcome striatum activity, which usually pulls you toward negative impulses and routines. Finally, making decisions changes your perception of the world — finding solutions to your problems and calming the limbic system.

Alright, you’ve set your goals and you feel in control. But it’s still early and you’re gonna need more than a feeling of calm. You need some energy. Where’s that going to come from?

3) Feel Optimistic
Researchers tested soldiers on endurance. Turns out it had a lot more to do with their head than their legs. The researchers put it like this: “Both hope and despair are self-fulfilling prophecies.”

From Maximum Brainpower: Challenging the Brain for Health and Wisdom:
...the brain does not want the body to expend its resources unless we have a reasonable chance of success. Our physical strength is not accessible to us if the brain does not believe in the outcome, because the worst possible thing for humans to do is to expend all of our resources and fail. If we do not believe we can make it, we will not get the resources we need to make it. The moment we believe, the gates are opened, and a flood of energy is unleashed. Both hope and despair are self-fulfilling prophecies.

Scientific research has come up with a very long list of benefits to being optimistic. Here are just a few:
Optimism is associated with better health and longer life.
Research has shown that practicing optimism and gratitude causes (not just correlates with) an increase in happiness.
The army teaches soldiers to be optimistic because it makes them tougher and more persistent.
Being socially optimistic — expecting people to like you — makes people like you more.
Expecting a positive outcome from negotiations made groups more likely to come to a deal and to be happy with it.
Optimists are luckier. Research shows by thinking positively they persevere and create more opportunities for themselves.

From Learned Optimism:
Pessimists can in fact learn to be optimists, and not through mindless devices like whistling a happy tune or mouthing platitudes (“Every day, in every way, I’m getting better and better”), but by learning a new set of cognitive skills… We have found that merely repeating positive statements to yourself does not raise mood or achievement very much, if at all. So what does? Mental contrasting and implementation intentions. Think about your goal, consider the obstacles, and then figure out how you might be able to overcome them. You’re more hopeful and persistent when you’ve considered the problems ahead and made a plan.

Via Ungifted: Intelligence Redefined:
A recent study by Duckworth, Heidi Grant Halvorson, Benjamin Loew, Oettingen, and Gollwitzer asked a group of high school students preparing for the high-stakes, standardized Preliminary SAT (PSAT) to complete a thirty-minute written intervention that involved mental contrasting (vividly imagining the goal and writing down possible obstacles) with implementation intentions (coming up with two if-then contingency plans if an obstacle presents itself). They found that students undergoing the intervention completed more than 60 percent more practice questions on the PSAT compared to a placebo control group who were instead asked to write about an influential person or event in their life.

So you know how to PCO your way to a great morning. Let’s round up what we’ve learned and discovered a simple ritual to do with someone you love that provides big, big benefits in the morning.

Feel A Sense Of Purpose: Ask, “How does what I do benefit others?” (Selfish people are doomed to lousy mornings.)
Feel In Control: Set goals for the day. (Your brain will thank you.)
Feel Optimistic: Consider the obstacles to your goals and plan ahead.

So some PCO in the morning can lead you to a happy, productive day.

Or just give somebody a big hug and a kiss. And love is a pretty good purpose in life. Well, let's get this party started!